Something that I had been looking forward to experiencing in Amsterdam, after procrastinating at work and looking at endless lists of things to do, was some Dutch fast food. After seeing lots of pictures of chips and herring I saw a Febo pop up, a picture showed a wall of old fashioned looking vending machines filled with hot food. I really liked the idea – mainly because of the novelty factor (which is always something that will peak my interest). Everything about the place seemed kitsch and somehow quite cool, from the neon sign to the retro style branding. I decided to make it a mission to find one and eat everything it had to offer!

It turned out to be fairly easy to find, as they seemed to be everywhere in the city centre, apparently there are 22 in Amsterdam. However, the first Febo I came across was at the end of a long day of walking and exploring, so the urge to sit down in a comfortable restaurant took over – I decided to leave it for another day. The next day, with a pocket full of change and ready to sample some food we headed over, only to find the place shutters down and locked up.

I found it pretty hard to contain my disappointment, but we had other things planned and not much time to wander to find another store so I had to wait a little longer. Fortunately it was not too long, as wandering near the Red Light District I saw a neon glow that wasn’t coming from one of the infamous windows of the area – and instead was the simple sign of FEBO. As I rushed in I was met with the wall of vending machines I was expecting, all in Dutch, so I decided to play a guessing game with the purchasing! It seemed to be a choice between a variety of croquettes and burgers, costing either 1.60 or 2.20. Thankful for my pocket full of change from the day before (exact money only) I started with a croquette.

I wasn’t sure what to expect, to be honest as it was purely the novelty factor that had made me interested in Febo in the first place I was more than prepared for the food to be vile. However, it wasn’t. The first snack I bought was delicious, beef with potato, vegetables and a hint of beef gravy – perfectly crunchy on the outside and very moist on the inside. I couldn’t help thinking of how convenient this kind of place would be in cities in the UK. I spent the next twenty minutes sampling various croquettes, burgers and fries until I’d had my fill. 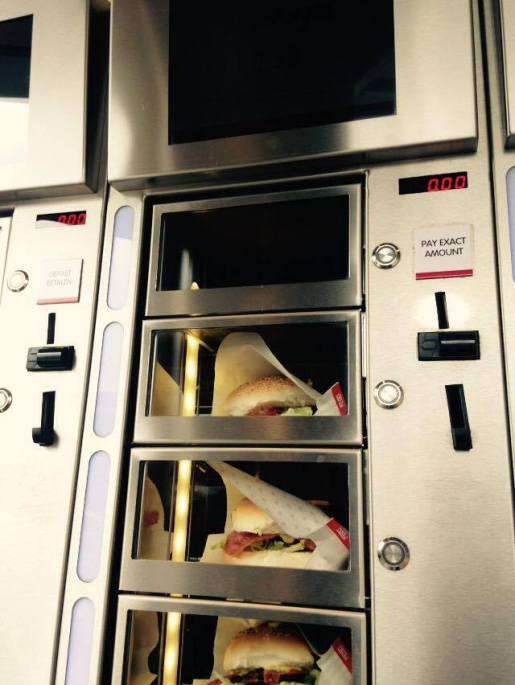 According to my local sources (the internet and google translate) Febo has been open since 1941, and it looks like the business model hasn’t changed too much since. I know it seems excessive to dedicate quite so much space to a fast food joint – but the concept just too cool to not rave about. Febo,  how I miss you. 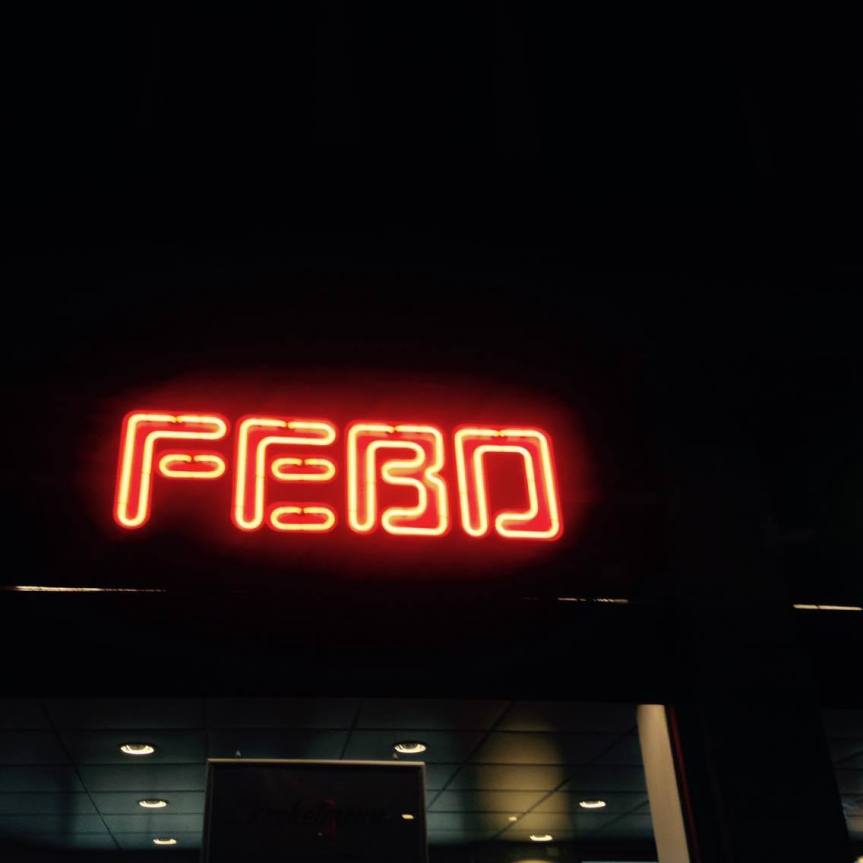