Traveling by train is one of the easiest ways to get around Thailand, and compared to flights and busses it can also be one of the cheapest. The one disadvantage of catching trains instead of planes is that your journey time is considerably longer. However, there is a perfect way to get around this, take the night train. Second class sleepers generally cost between 400 – 900 Bht (£8-18) and are generally a really comfortable way to get around the country. 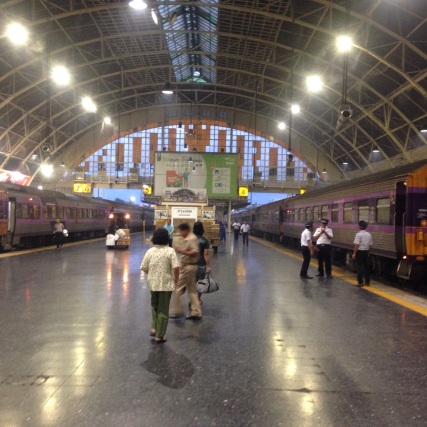 If like me you have a little bit of a trainspotter nature to you then it won’t take much convincing to try one out, if you are a little less excited by the thought of late night locomotives and midnight expresses then these are my top arguments for taking a train at night time in Thailand over any other mode of transport.

You get to rest before your next destination, and with the trains actually being designed for sleep you have a fighting chance of nodding off! In fact you quite literally get rocked to sleep – trust me, there is nothing quite as relaxing as getting gently rocked to sleep while speeding through the Thai countryside inside a cool air conditioned train.

It’s a very private way to travel! With the second class sleepers giving you a curtained off bunk and in first class a small cabin up yourself there is no way of getting around a country that gives you a little time to yourself! You don’t have to deal with cramped flights, claustrophobic busses etc.. Traveling via night trains lets you stretch out and relax a little bit.

You save money on more than just transport. Taking a sleeper train not only allows you to arrive early at the next place you are going well rested, but it also saves you money on a nights accommodation. Money which can instead be spent on delicious food, delicious delicious beer, or a large hat… The choice is yours. 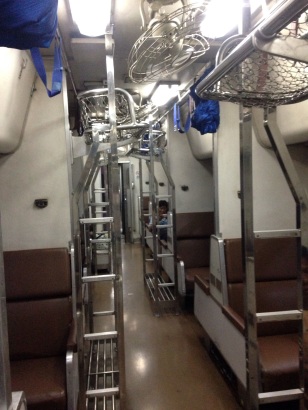 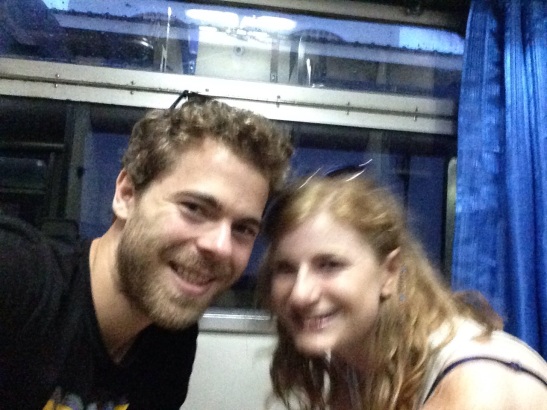 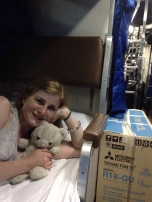 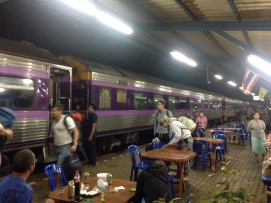 Your luggage stays with you and there’s no baggage allowance to consider. This makes it quicker and easier to organise and means you won’t worry about any surprise baggage excess if you’re quite heavily laden.

Naturally like all things there are some elements of traveling by night train that are not so great. Food can be expensive if it isn’t specified on your booking that it will be provided – but it’s fine to bring your own. Sometimes you will end up on a carriage filled with the loudest snorers on earth, and sometimes there will be long delays. But weighing up the pros and cons, I would always passionately advocate for the night time train service! It is definitely a smart way to cover a lot of distance in the most relaxing way.