Looking out towards the port town of Butterworth just by Georgetown’s colonial district sits fort Cornwallis. It was built by the British in 1796 as a strategic defensive stockade to protect the then newly built settlement. On one side it’s an impressive site, with some solid defensive walls, thick turrets and openings that allow you to see the inside of the fort. On the back side of the fort or is slightly less impressive, mainly owning to the walls being rather obscured by trees and overgrown plants. 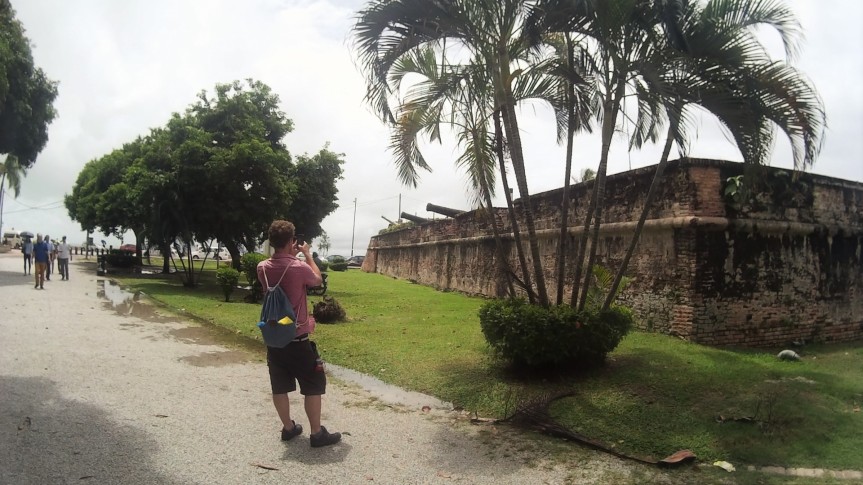 Inside the fort is a slightly tired park which looks as if it’s seen better days. There are some exhibits on display of the fort, but to be completely honest – it’s just as well enjoying wandering around the walls and enjoying the fort from the outside and saving 20rm in the process! Another point of interest in the fort is the lighthouse, which was built by the British in the 20s. It’s a small metal construction which wouldn’t look out of place on a ship as oppose to signalling them!