After traveling for a month and a half in South East Asia something we had found ourselves missing enormously was being able to cook for ourselves. It’s not something you really think about before you go away but eating out every day really does get tiring – exciting as it is to try different kinds of street food you do start to crave being able to spend some time on making your own meal!

I had been aware that this was getting to both of us, especially Sarah – so I scoured some forums online and found a cooking class we could take. The class I found was cooking with Maria, a 1 day course which promised a pretty comprehensive instruction in Indonesian and Balinese cooking complete with market visits and five dishes.

The next morning we were picked up by Maria with a couple of other students in the car and she drove us to the local market. Here we saw what a normal Indonesian market looked like – something very much not for tourists. It was interesting to see the array of fruits and vegetables that neither of us had heard of before. Maria picked up some ingredients for later that day and we drove to her classroom. 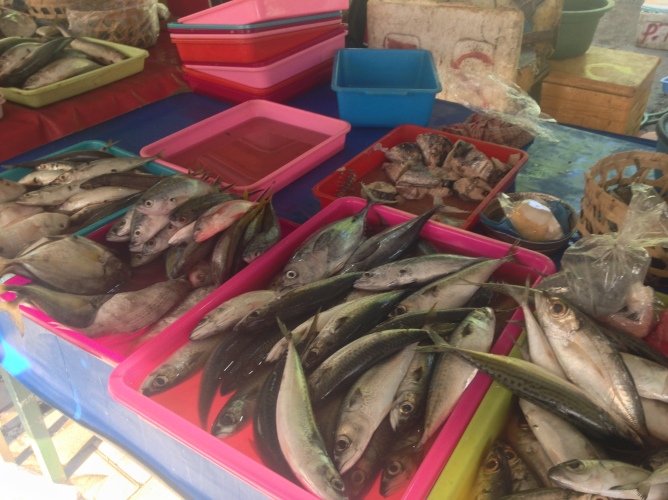 The classroom was a small intimate setting, one large table with benches either side – I would guess that at most it could hold eight people. We each had a pestle and mortar set up in front of us and there was a gas grill outside for most of the cooking. We stared by being told in depth about various ingredients that are staple in Indonesian and Balinese cooking – followed by a demonstration of some preparation techniques. 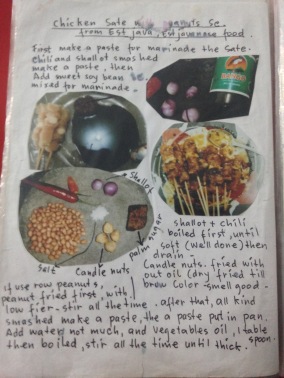 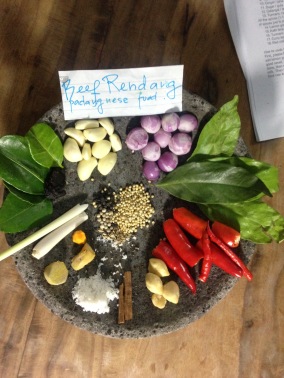 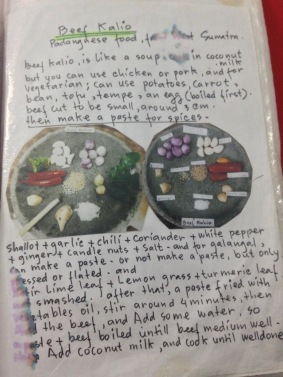 During this part of the lesson we learned how important the pestle and mortar were to the process – virtually every dish involved making a paste, usually involving shallots, garlic, ginger and chilli. The dishes we prepared at this point were a beef rendang, crispy fried fish, spring rolls and vegetable fritters. 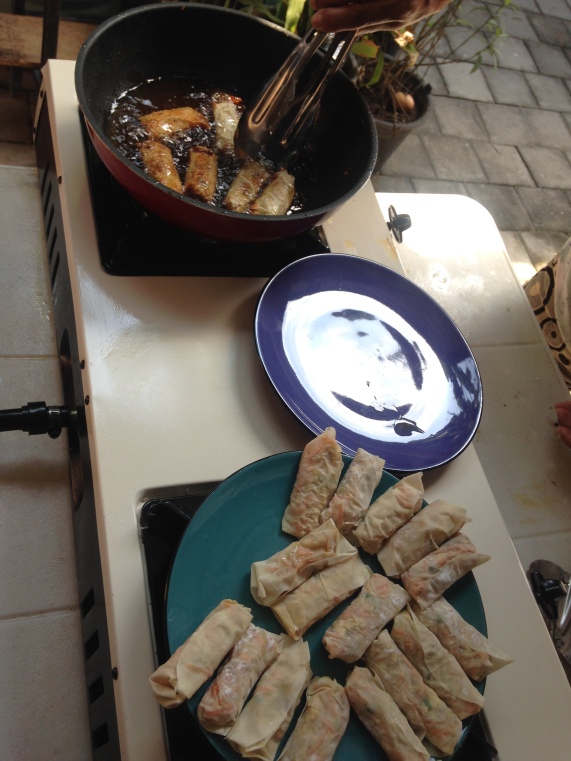 The definite highlight here was the beef rendang – Maria showed us a recipe which involved frying off coconut shavings and beef, then adding that to the curry paste we had ground earlier and finally boiling it down over time with coconut milk. This tasted incredible and it something we weren’t able to match for the rest of our time in Indonesia. Making spring rolls was fun and definitely brought back memories of trying to roll cigarettes in high school thinking it was cool (happily years smoke free now!) and the vegetable fritters were very tasty. Something that did strike is when we were cooking with Maria was just how many Indonesian dishes appeared to be deep fried or fried – suddenly the smaller portion sizes made a little more sense! 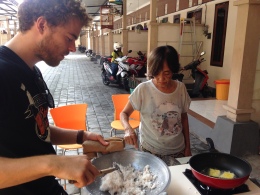 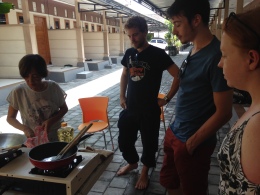 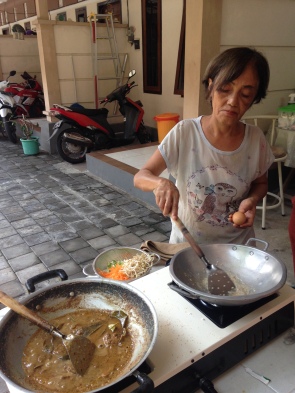 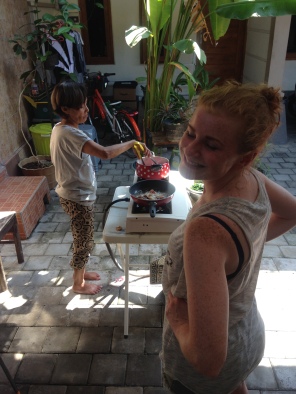 After we had made the four dishes Maria told us to put the finished items inside on the table – we were getting really hungry after a long morning – however, we weren’t quite able to eat yet! There were two dishes to go. Sate is one thing that I had been excited to be making all day! I am so addicted to that peanut sauce, seriously I could cover every meal in that and not mind. We learned that the sauce is made by grinding peanuts with a little chilli, shallots and fried walnut – then reduced down with boiling water. The chicken is given a sweet and sticky marinade with tamarind and chilli meaning it is just extra delicious! By the time we put these on the table ready to make the final dish I was visibly drooling!

The final dish we were to collectively prepare was Gado Gado – a mix of steamed vegetables with peanut sauce. The peanut sauce was made in virtually the same way that it was for the sate, just with a little added chilli. The vegetables were steamed lightly for a few minutes and then smothered! 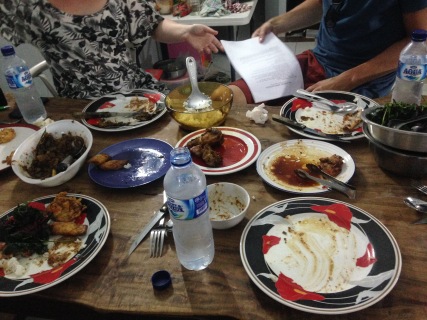 Now finally we were able to eat! The clear highlights were the beef rendang and the chicken sate! After dinner was done Maria called us a taxi and sent us on our way. Cooking with Maria was a real delight and she was a wonderful and welcoming host! If we were completely honest we were a little disappointed that the cooking was a largely shared responsibility (as we had been looking forward so much to making some food of our own) but for the wealth of information we got about Indonesian food we felt the day was well worth it!